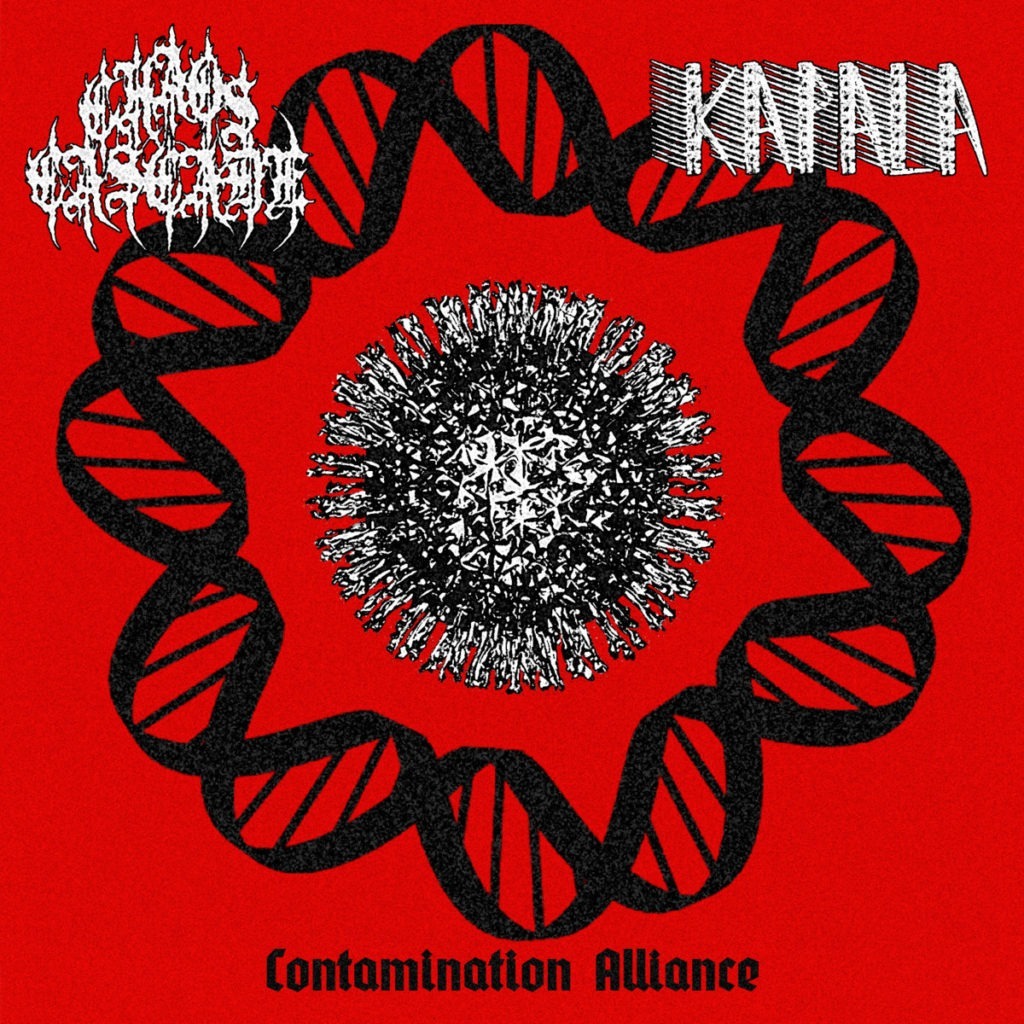 Power Electronics, like extreme Noise, is an acquired taste. You could say the same of Death Metal for untrained ears, but PE seriously raises the bar a few notches. Chaos Cascade and Kapala have come together for a seriously intense split of sonic warfare and caustic contempt of humanity. You have been warned. Though very different in style, the two tracks of the split perfectly complement each other and have a holistic approach to… ehr, elimination of the human race?

First track Wreak Havoc is handled by Chaos Cascade and has all the typical strings of PE. Intense feedback loops, harsh distorted vocals and an intermittent underlying rhythm that both disorients and batters the listener into obedience. The underlying sensation is of being trapped in a metallic cage that is being passed through a grater while your captor taunts you.

Kapala change the general direction of the release while maintaining the same level of vitriolic spitefulness. Pummeling War metal passed through a blender and given PE’s levels of distortion, a small masterpiece of unhinged hostility and relentless subjugation of the audience. If the first track was an introduction to your final moments, The Gluttunous Deathblades is the definitive coup-de-grâce.