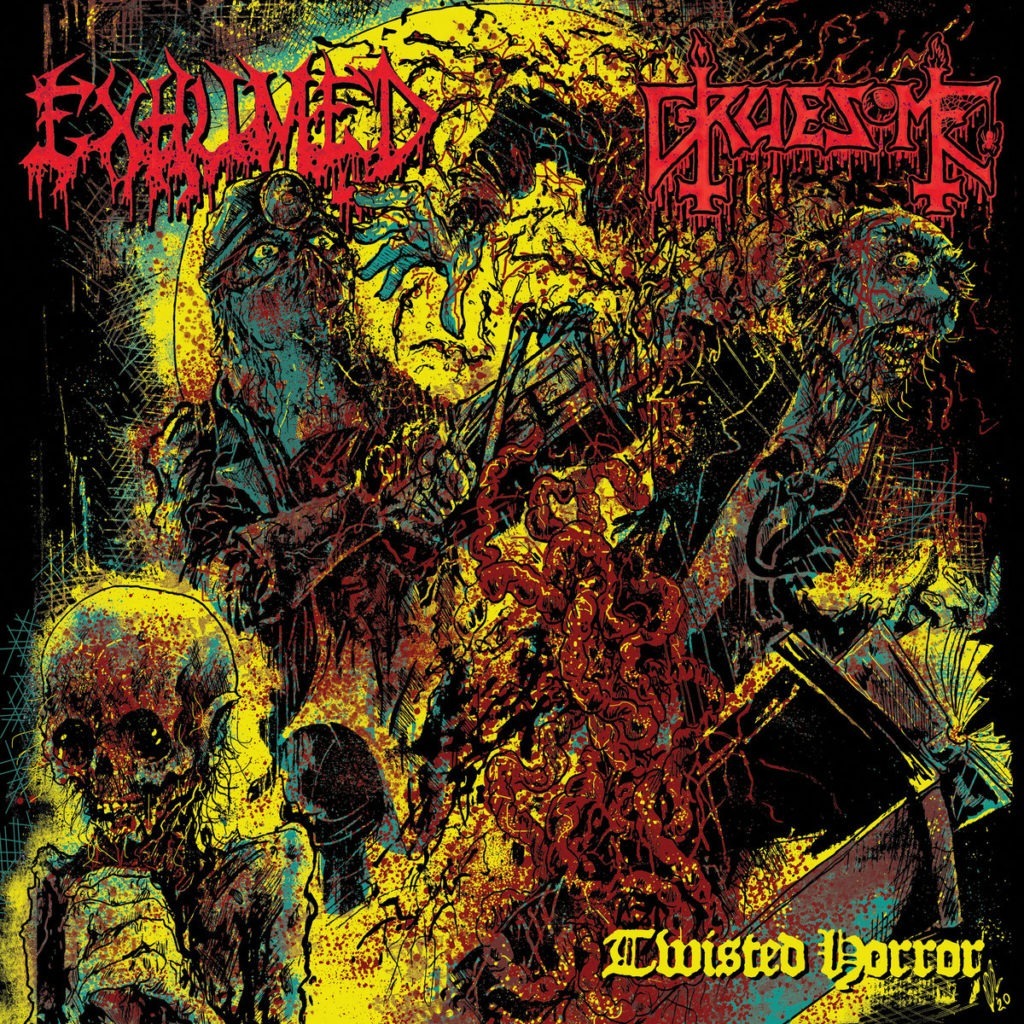 It’s been a great few weeks for splits and Twisted Horror is a cherry atop of that severed body part cake. A wonderfully gruesome aura hangs over the record with an unmistakable 80s slasher movie vibe. Both of the bands rotate around the figure of Matt Harvey but have distinct stylistic molds.

With Exhumed you really can’t go wrong, we are practically speaking of Death Metal royalty. A multi layered and elaborate offering, with intricate guitar work on a bed of pulverising drumming. Every second is well thought out and every note perfectly placed, the two vocal styles intertwining exquisitely. A true treat and a perfect follow up to last year’s Horror.

Gruesome, on the other hand, aim at that early Death Metal feel not only with the songwriting but in the lo-fi production as well. The two tracks have a distinctly less cerebral and elaborate take than Exhumed’s offering but what they lose in complexity they gain in candor. Gruesome aren’t inventing anything new. They bring you back to the first tentative steps of Death Metal, to a time when Scream Bloody Gore and Seven Churches were making the rounds via tape-swaps. Good times.