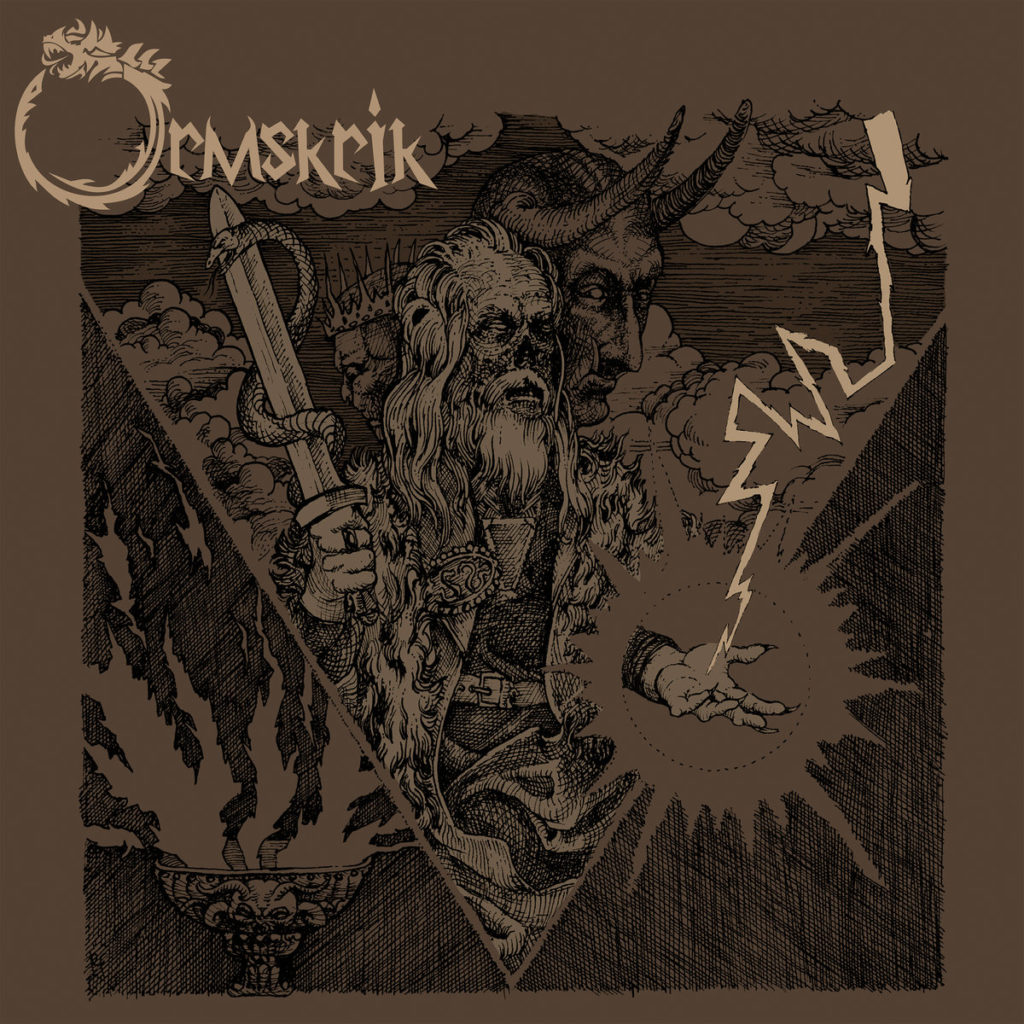 Ormskrik’s self titled debut is not exactly what I expected. Introduced to the band as Blackened Thrash, I figured I was in for 45 minutes of fast, battering and harsh headbanging madness. Though I did get that, what I found was an extremely varied album, with influences that can be traced back to half of metal’s genealogical tree (the harsher half mind you).

Ormskrik has enough breath to include both typically Thrash-y fast, energetic sweeping motions and slower, more evocative and epic sections, in a few instances almost veering into typically Trad guitar work. Take the second track Destroyer of Worlds as a perfect example. Passing from Bay Area riffs with non-chalance to blast beats to an acoustic bridge, there’s something from the whole spectrum of Extreme Metal.

Though incredibly diverse, the album holds a central leitmotif intact and every track falls into the next quite naturally. The only possible exception I find with Ormskirk is that at times it lacks a bit of bite, which could probably be fixed simply with a slightly darker, murkier production (think Bonehunter).